THE FUTURE IS FIBER OPTICS

Fiber is transforming the way we deliver your service and provide you with significantly improved choices. We are expanding our fiber optic network for a number of reasons including:

WHAT IS FIBER-TO-THE-HOME (FTTH)?

Optical fiber is a hair-thin strand of glass, specially designed to transmit light pulses. Fiber uses light instead of electricity to carry a signal. It is unique because it can carry high bandwidth signals over long distances at greater speeds without degradation. It can provide those signals simultaneously in both directions, upload and download. Fiber to the home (FTTH) is the delivery of a communications and entertainment services over optical fiber operating equipment all the way to your home or business, replacing the existing copper infrastructure.

HOW DOES BANDWIDTH WORK?

Think of bandwidth like a freeway filled with cars traveling the same speed. To get more cars (your data) to the desired destination (your computer or device), you need a wider freeway (more bandwidth). Let’s say 1 Mbps is the equivalent to a 1 lane freeway and that you are trying to download an image, which is 5 Mbps in size. If you have bandwidth of 1 Mbps (1 lane freeway) it would take you roughly 5 seconds to download the image. If you have a 5 Mbps (bandwidth) connection, or a 5 lane freeway, that same image will take 1 second to download.

DO I NEED A GIGABIT OF BANDWIDTH?

When is the last time you counted all of the internet-connected devices in your home? Think beyond just your computer, laptop, tablet, and smartphone. Many of us now have smart TVs, smart home hubs like Google Home and Amazon Echo, video baby monitors, smart appliances, and IP security cameras, just to name a few. If you have children, the number of devices – and the strain it can put on your WiFi – grows exponentially.

Increasingly, consumers are using their Internet connections to view movies and television programs from content providers like Netflix, Hulu, and Amazon, in addition to a number of websites like YouTube and Facebook that provide video. Did you know one HD movie takes up as much bandwidth as 35,000 web pages!

In the meantime, a growing number of companies are offering “software as a service,” meaning you subscribe to applications over the web, rather than install them on your own computer. These “cloud computing” applications are now available for word processing, emailing, file backup, and a host of business and personal services.

A Gigabit Internet plan can handle all of these tasks and the myriad of devices in your home. Even a 15 Mbps connection can buffer if you’re watching HD streaming video on multiple devices. Please contact our Sales and Support Specialists about upgrading your internet speed.

WHAT’S IN A FIBER OPTIC CABLE?

The most common fiber cables are made of 5 layers:

HOW DO FIBER OPTICS TRANSMIT DATA?

Your data signals go through three steps when being transmitted by fiber optics. Let’s take a liking a post on Facebook for example:

After clicking “like” on your friend’s witty post, that action becomes an electric data signal sent to your internet transmitter. The transmitter then converts the data into a light signal by changing its pulse and intensity.

Light signals travelling long distances pass through regenerators along the way that give boosts to avoid attenuation (loss of signal strength).

Thanks to the boosts, the strong signal arrives at the destination attenuation-free. The destination’s transmitter receives the signal and decodes it back to digital format to complete the transmission. You have officially liked that Facebook post!

For More Information on Our Fiber Projects

Please feel free to contact us to learn more about our fiber network  and construction projects. 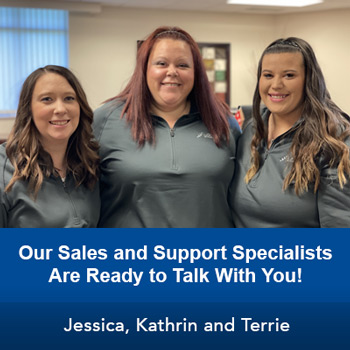